HomeThe story of the farm, or how I became a farmer 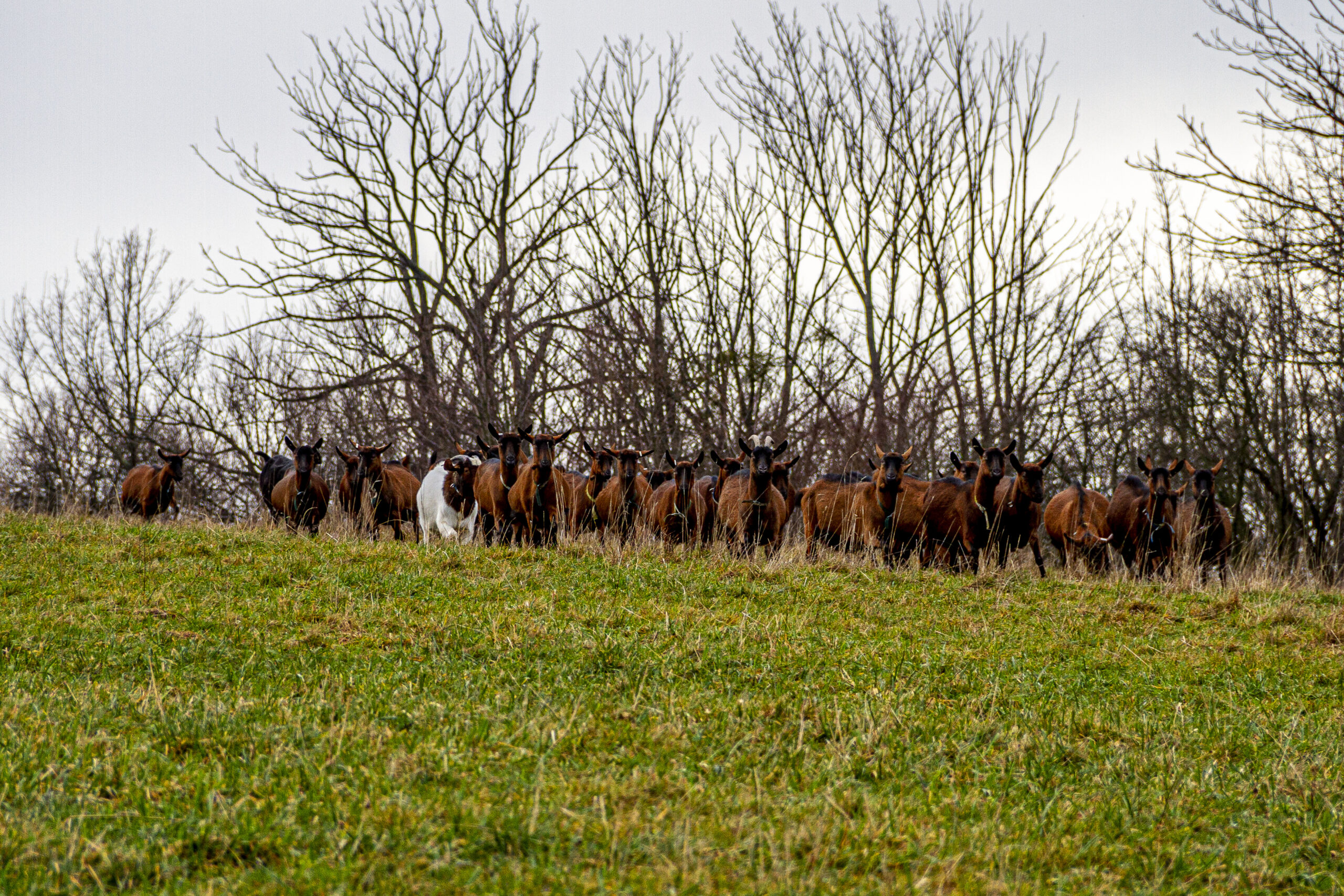 The story of the farm, or how I became a farmer

It probably wasn’t entirely by accident, although it certainly wasn’t planned. I was born in Prague, where I grew up as a typical city kid until I was 18. Fragments of memories accompanied me into adulthood: on family vacation in Tatras mountain with shepherd and his sheeps, on the Goat beside the summer camp, on school trip to the cow shed…

I didn’t start to vaguely suspect that I wanted to go into farming until I was well into my thirties. And it happened, as sometimes happens, that a man happened to be in the right place at the right time. Maybe because of the memory of the Tatras mountains I decided to move myself and my children to Wallachia. Buying an old homestead was not a problem at that time – the fact that it was sold with seven hectares of land – I was a bit puzzled – what am I going to do with it? And here´s the question and the answer didn’t take long. If in Wallachia, then in the Wallachian way and the first 5 goats conquered seven hectares of pastures.

Soon it turned out that they would not be enough and so I reinforced the group with myself with a scythe and kids with rakes, in a nice Wallachian way, we started in the morning and finished in the evening. But it was not enough, so I reinforced the group with a horse with a hoe, and a car with a trailer for hauling hay. When we figured out that we were going to tear the horses down and cook the car that way, we added a tractor with tools, a hay baler, and a sidecar behind the tractor until we finally had all the equipment to maintain the pasture. And seven hectares was not enough for that.

Gradually we began to gain ground. One hectare, two hectares, until it was 50 hectares today. In between, the first 5 kids multiplied to 7, the next year to 15, then to 25 and finally to the almost 50 dairy goats we have now.

Of course, it didn’t all go as smoothly as described here. There were failures. The first time I tried the cheese, the curds leaked through the sheet with the whey. There was wet hay, a sick goat, a stray ram, a broken tractor, and we already had a fire. At the beginning of my farming career, I thought I would solve the problem and be done with it. So I disposed of the wet hay, made new, dry and scented hay, and wonder of wonders – the goats ate the hay over the winter. And new ones had to be made, and the tractor had to be rebuilt, and repaired again, and so it goes on and on on on the farm. One becomes a true farmer only when one becomes part of this cycle, when one is present to face the challenges of weather, technology or simply fate.